Story Behind Reading Success Plus 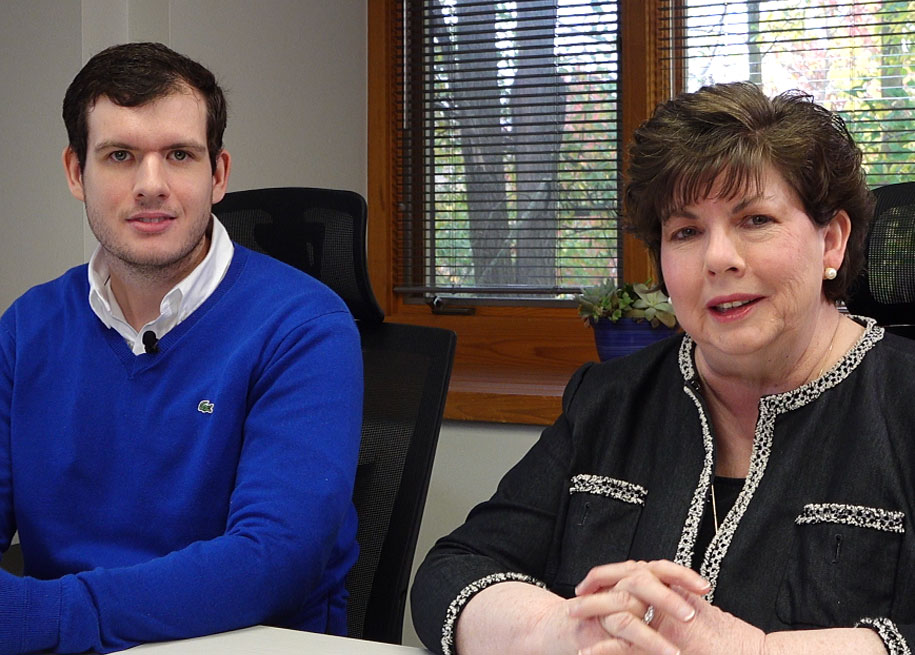 Officially, Reading Success Plus began in 2015. But that moment was one step in the journey of co-founders Anne and Lawrence (L.G.) Kloth that started about 20 years earlier, when Anne noticed that L.G., then a preschooler, had trouble tying his shoes.

Anne had no idea then that L.G.’s difficulty was an indicator of dyslexia. But she knew something wasn’t right. He would read a word, then be baffled by the same word a line later. L.G. recognized the word “pizza,” but he thought every word that begins with “pi” – piano, for example – was “pizza.” He had left-right confusion. And he hated school.

“Looking back on our warning signs of dyslexia,” Anne said, “he could have checked them all off.”

But dyslexia wasn’t on Anne’s radar. And while L.G.’s teachers were concerned about his reading difficulties, they were at a loss to identify them.

“Something was up,” L.G. said, “and I didn’t know what to do because everybody was trying to figure out what was going on.”

By the time L.G. was in second grade, Anne had made it her mission to identify his problems. It didn’t go well because, as she says, “I didn’t know what I was looking for.”

“We did all the right stuff. We read those 10 books a day. We did all of that and still nothing.”

When in fourth grade, L.G. had two psychological examinations. Neither provided useful answers.

“One of them said, ‘Oh, he just has a reading disability,’” Anne recalls. “Even then, I knew that wasn’t helpful. OK, so what do we do about it?”

Looking back, Anne is struck that neither examiner talked about L.G.’s lack of phonemic awareness. “That’s why we’re so focused on that piece (at Reading Success Plus),” Anne says. “Now, I know there are a lot of people out there like L.G. who are missing the phonemic awareness piece, and until that’s mastered, you’re not going to make much progress in any program.”

In fourth grade, L.G. asked to be home-schooled.

“I was frustrated because I couldn’t complete the tasks very well,” he says. “And then when you get older, that frustration starts building. Thank God we caught it around fourth grade because I don’t think it would have ended very well.”

“Homeschooling for those few years was critical,” L.G. says. “That really set us on the right path because that allowed me to be visual. We could get things done much faster. We could take breaks when I needed to.”

Anne agrees. “He had to get away from the way he had been feeling at school to show him that he was really very smart. He just learned differently.”

With L.G. being an only child and the family blessed with resources, they travelled around the country checking any program that held promise.  There was tutoring in Iowa, specialists in Denver and New York, a curriculum in Florida — almost all turned out to be dead ends. This frustrating, time-consuming and costly process helped Anne realize that she could spare families in similar situations from this ordeal. Years later, the end result would be the formation of Reading Success Plus.

Anne’s research breakthrough came on a Florida beach during spring break of L.G.’s fourth-grade year. She was reading a book by educator Jeffrey Freed, “Right-Brained Children in a Left-Brained World.”

“He was talking about visual learners versus auditory or other learners, and about what a difference it makes if you’re presented information in the way that you learn best. And a lightbulb went off in my head.”

Anne took L.G. to Denver to meet Freed. The author spent hours with L.G. over the next four days. He shared homeschooling ideas and teaching strategies with Anne and referred L.G. for a formal evaluation. As a result, L.G. was diagnosed with severe dyslexia, as well as dyscalculia and dysgraphia — disabilities that make arithmetic and writing difficult.  Finally, the family knew what they were facing.

Unfortunately, finding the right tutoring was as big a challenge as receiving an accurate diagnosis. They tried a variety of programs, many of which didn’t work and some that helped only incrementally.

By eighth grade, L.G. wanted to return to school. “I sacrificed my school progress for social reasons,” he admits.

The first two years of high school were “a rough road,” L.G. remembers. His school didn’t offer the accommodations he needed (Anne and L.G. say the culture there has changed since then), “and I was begging to get out of there.”  However, for his junior and senior years, L.G. split his days between his high school and Lake Michigan Academy, which focuses on students with learning disabilities.

“I was taught the way I learned,” he says of the Academy. “My self-confidence was coming back.”

Attending college had been L.G.’s goal since eighth grade, and he found Hope College to be a good fit. Anne liked Hope’s academic support and accommodations; L.G. was excited about being recruited by the football team.

L.G. graduated from Hope in 2015 with a degree in political science and leadership, and a minor in entrepreneurship. While at Hope, he and Anne discovered the Barton Reading & Spelling System, which, along with Lindamood-Bell’s LiPS program, provided the phonemic awareness that L.G. needed.  Those programs later became the foundation of Reading Success Plus.

About the same time, L.G. was offered an internship with the Micah Center, a faith-based social justice organization in Grand Rapids. When L.G. told its leaders about his dyslexia, they encouraged him to become an advocate for that community. He spoke to organizations around the state and met with Lt. Gov. Brian Calley. Anne and L.G. co-founded Decoding Dyslexia-Michigan, an offshoot of a national grassroots advocacy group.

As his internship was about to end during his junior year, L.G. had an idea. “Because I didn’t want kids to struggle like I did, my mom and I decided to start this business.”

He was further inspired by his experience with the Micah Center.

“I saw what was going on around the state. Realizing how much struggle there was in the state, realizing we can make a difference, we decided to plunge in.”

Reading Success Plus has come far since then, serving more families, hiring more tutors, opening offices in Grand Rapids and suburban Detroit and adding programs in writing and math. Its mission, however, remains the same: to help youths like that preschooler who couldn’t tie his shoes.

“I was very, very fortunate, looking back at my schooling,” L.G. says. “There were a couple of points when things could have gone either way. And they broke my way.”