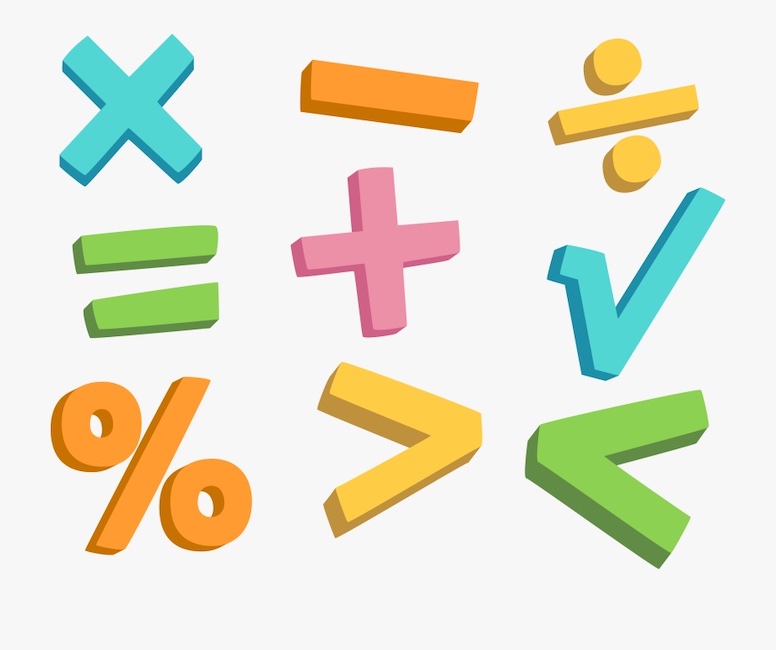 If a child struggles with math at school, those difficulties are sometimes blamed on “just being bad at math” — a dismissive notion that reinforces the child’s frustration and feeling of failure. If an adult has no idea now to split the check at a restaurant or is confused by the monthly bank statement, that’s often shrugged off as “not having a knack for numbers,” a gentler phrase that still assumes a lifetime of bafflement during any encounter with math.

It doesn’t have to be that way.

Reading Success Plus was founded to help people with reading disabilities, but from the beginning many of its students had similar difficulties with math and wanted help. So RSP began offering math tutoring, in person and online, using the same multisensory Orton-Gillingham (OG) principles that are the foundation of the reading program. It helps students learn the why of math in an explicit, direct and multisensory manner.

“When I was a kid, I used to struggle with numbers big-time,” says Lawrence Kloth, co-founder of Reading Success Plus and a tutor in the math program.  Lawrence has dyslexia as well as dyscalculia, a math-based learning difference. His experiences as a youngster helped shape the Reading Success Plus programs. “If I had been taught this way, it would have been a lot easier for me because I would have understood the basics more.”

The OG Academic Math program takes the abstract concepts of math and, with practice, makes them concrete. Students from early elementary through middle school use their senses of vision, hearing and touch to learn addition, subtraction, multiplication and division. They also learn the vocabulary of math, the strategy of solving word problems, time, money, measurement, fractions, percentages, decimals and more. Ideally, tutoring sessions are twice a week, though parents can choose to meet once weekly.

Like other Reading Success Plus programs, math is taught only one-on-one, so students can get the time and attention they need. Concepts are taught at a pace that fits the student, not a timetable built into a curriculum written for an entire school district or state.

New students are given a screening to determine what their math skills and weaknesses are, so instruction starts at an appropriate level. The screening team also finds out if a student is receiving accommodations in school so the tutoring can reflect that.

“The goal is getting them up to speed, getting them caught up with their classmates,” says Dawn Henretty, director of RSP’s Troy office and an RSP math tutor. Dawn, a former high school math teacher, helped design the RSP math program.

“We want to help students get over their fear of math and get them feeling comfortable working with numbers.”

Lawrence and Dawn emphasized the value of individual attention. “It’s always in a one-on-one setting,” Lawrence says.  “And we go at the pace of the student.”

“Our program is multisensory,” Lawrence says. “That is huge, because one kid might be a better visual learner or another might be an auditory learner. The ADHD students need kinesthetic (movement) learning; dyslexics need more visual.

“And there’s not a lot of multisensory math out there. Unfortunately, a lot of the kids in the population that we deal with don’t get the schooling they need. I don’t blame the teachers, because they have 50 other kids they have to teach. But we can give our kids more personal attention in the learning style that works for them.”

Because tutoring can be done in person or online, help is available to anyone, anywhere.

According to the website for OG Academic Math, which is the source for much of the following material, it isn’t surprising that many reading students also need support for math. While dyslexia is associated with reading difficulty, it really is a difference in how the student processes information.  As with most other subjects, schools teach math in a linear, sequential manner. Dyslexic brains aren’t “wired” to learn that way, in reading, math or anything else.

Further, scientists believe there is a genetic overlap between dyslexia and dyscalculia.  Experts say dyscalculia affects as much as 10 percent of the population (about the same as dyslexia), but 40 percent of dyslexics also have dyscalculia.

On top of that, many students with reading difficulty have other disabilities that contribute to learning problems.  Memory disabilities, visual and auditory discrimination disabilities, spatial or directional disabilities, and attention deficit hyperactivity disorder all affect math performance as well as reading.

Orton-Gillingham is applied to math

Because of these common factors, RSP uses an Orton-Gillingham based math program that employs the same principles as the Barton Reading and Spelling System that has helped so many students.

The OG Academic Math program recognizes various learning styles by using visual, auditory, kinesthetic (muscle memory) and tactile approaches. The kinesthetic and tactile methods are particularly effective in reaching struggling math learners. The program uses “manipulatives” — colored blocks that students use to represent numbers. They use these blocks to build equations, then manipulate them in mathematical operations such as addition and subtraction. The abstract ideas of math become something concrete that students can hold in their hands. In addition, students are asked to trace or write on textured surfaces, something especially helpful when learning to write numerals.

Students engage their senses by following the Build-Draw-Name process. In the first step, they Build by using blocks to represent the numbers and manipulate the blocks to represent the equation at a physical level. Next, they Draw blocks that represent the number. Students can still see what each number represents, but they are using a less concrete form. Finally, they Name the concept using mathematical symbols such as numerals and an “equals” sign. Even at this level, students can use drawings or objects to trigger their memories.

Build-Draw-Name can be used to represent something as simple as a number or as complex as an equation.

Here, the student is asked to solve the addition problem 4+7. By using the blocks, the student makes the problem something they can touch and understand at the most concrete level. By drawing the problem, the student still can “see” the problem, but it becomes more abstract. Finally, by naming the problem using numerals and mathematical symbols and reading it out loud, the student tackles it at a conceptual level. Students can prove the equation is correct by looking at the manipulatives to see the problem being solved. Abstract numbers become visual and concrete solutions, and, with practice, are hard-wired into memory.

Once students understand the basics, they begin learning how to apply this knowledge.

“We let them know what is the purpose, why they learn math, why some of the concepts are important in their everyday lives,” Dawn says. Understanding length and width and calculating area and perimeter are commonly used skills. Math helps you balance your checkbook or figure out how many cans of paint you need to cover a room. Even the often-despised story problems are examples of using math to solve real-life problems. (Someday you really will want to know how long it takes your car to go from point A to point B.)

“Our students are bright, curious kids,” Lawrence says. “They always want to know the ‘why’ of everything – why do I have to take math, why do we have to do things this way. This program addresses the why.”

Reading Success Plus has offices in Grand Rapids and Troy and offers one-on-one tutoring online or in person in reading, math and writing. For more information, call 833-229-1112.