Dyslexia: A Student’s Struggle with Reading 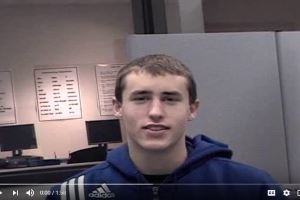 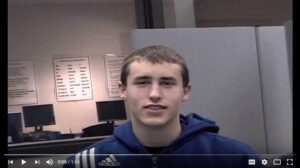 My Struggle with Reading –

Growing up is hard. From grade school to adulthood, the 21st century brings with it new challenges for all of us, especially students with dyslexia.

Take Michael Warner for example, as an elementary student, Michael bounced from school to school. Michael hated school, he acted out, and got bullied. He was frustrated and angry. Eventually, he was expelled from school for fighting. On the surface, Michael appeared to be a problem child with no desire to learn. In reality, he was not a problem child, but never learned to read. It wasn’t that Michael was unintelligent or lacked motivation, he was dyslexic. He was having a hard time in school and no one knew why. Can you blame him for being frustrated?

Eventually, Michael was diagnosed with dyslexia. He was tutored in the Barton Reading and Spelling System, and has since flourished as a fluent reader. Once the root cause of Michael’s feelings and behavior was identified as dyslexia (and not anger issues) the Barton System was able to get him back on track to a happy and successful life. There are many people like Michael, and with the right reading and spelling program, dyslexics can learn to read and spell (Michael’s story).

We hope Michael will inspire struggling students to realize that they are not alone, that they are intelligent, and that the sky’s the limit! If you are concerned that your child struggles with reading, or may be dyslexic, and you want more information on how to make their journey a little less bumpy, contact us.

Anne Kloth is co-founder of Reading Success Plus, a tutoring center for struggling readers and dyslexic students. She is also a founding member of Decoding Dyslexia – Michigan, and is a Board member of the Michigan International Dyslexia Association.